There are several reasons which can cause wrong payments, among which an error by the institute but also fraud by the pensioner. INPS will take action to recover the debt on the basis of specific provisions of the law.
INPS mentions that the major causes of debts are registered in relation to payments connected to income, which, on the basis of the current legislation, are paid provisionally in advance according to the income records (therefore, on the basis on previous annuities) at the time in which the respective annual income to which it refers is verified, the institute is required to effect adjustments which can generate a debt (recover debt) or a credit (refund). In such cases recoveries are compulsory according to specific provisions of the legislation.
It would seem useful to remember that when verifying a pensioner’s debt INPS is required to note due trasparency towards the pensioners. In particular of situations of debts arising, the pensioner must be always be notified about the following information: the motive of the debt with reference to the regulation which has determined the recalculation of the pension, the service which contests the debt, the amount of the debt, the period to which the debt refers, instructions about the expiry and useful methods for lodgement of an eventual appeal, administrative or legal action; the method of refunds, office references or contact information with details of debt notified.
The document setting out the details of debt calculation with details of previous amounts paid before the investigation (receipts) and those consequently paid (due) must be attached to above corrispondence. Moreover in the cases of pension payments, where possible, apply for the recovery by means of pension deductions, the pensioner must be informed, both of the begining of plan for recovery and the number of instalments set out in the said plan.
The President of INPS, Tito Boeri, has stated, in his last speech to the committe for the Italians in the world, and Sistema Paese della Camera, revealing that “there are 100,000 cases of debts who hold pensions under the conventional agreement of which 60,000 in the course of recovery totalling 270 millions of euros to be recovered”.
The members of Parliament, Porta and Fedi, have lodged a questionarire to the Department of Works enquiring how many overseas pensioners must repay amounts wrongly received from INPS and which is the aggregate number for each country of recidence of each debtor; “what are the cause of such a high number of pensioner debts, considering the high percentage (25 percent) in respect to the comprehensive number of pensions paid overseas and exactly what are the methods used by INPS for the recovery of debts in terms of frequency”. 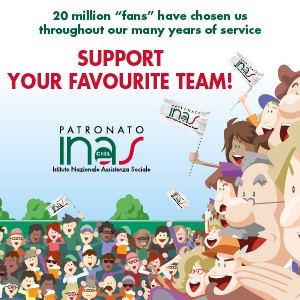